The Ben Franklin effect disputes the idea that we do nice things for people we like, and ignore or mistreat those we don’t. The psychology, in fact, shows we grow to like people for whom we do nice things, and end up disliking those to whom we are unkind. This leads to us building more social support with others the more we help them. 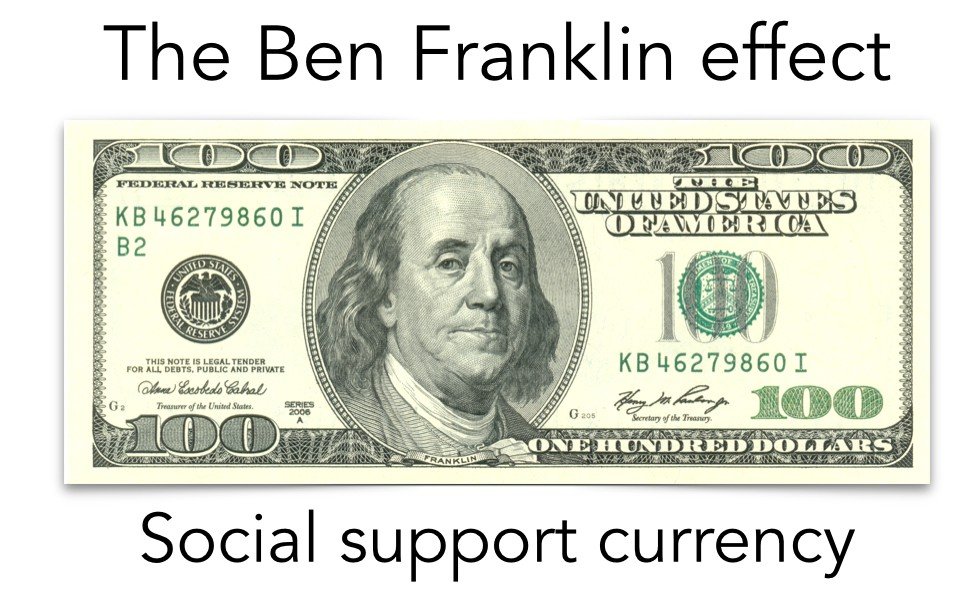 Ben Franklin was one of the American founding fathers. He was a politician, writer, publisher, diplomat, scientist and inventor. It is Franklin’s picture on the $100 note. In his autobiography Franklin relates a story about an unnamed hostile rival in the Pennsylvania Assembly who treated him with disdain.

Franklin set out to turn this antagonistic rival into a fan. Franklin was quite a book collector and discovered his rival had a particularly scarce book. He sent the rival a letter asking to borrow the rare book. His rival was flattered and agreed to lend Franklin the book. A week later Franklin sent it back with a thank-you note. The Ben Franklin effect comes from what happened next. The next time the legislature met, the rival approached Franklin and spoke to him in person with “a readiness to serve”. They became great friends, and their friendship continued to Franklin’s death.

One of the reasons volunteering feels so good and unpaid charity workers or interns work so hard comes from this Ben Franklin effect. When we don’t have an obvious external reward we create an internal reward. This effect is also known as cognitive dissonance. Our brains don’t appreciate it when our actions don’t match the beliefs we hold. When we believe we don’t like someone, but then we help them, our brains struggle to reconcile the differing messages. In order to solve the confusion, our brains change what we believe –we start to think we must like them after all.

It happens in other areas too. If we spend every day working hard for a boss we hate (and don’t leave), in time our brains will try sort out the inconsistency and change the way we perceive the situation. In time we find ourselves thinking our boss isn’t so bad after all. We start to build social support as our cognitive dissonance begins to reframe how we feel and begin to like them.

Asking a colleague to do us a favour signals to them that they have value, a skill we require or something we don’t. This demonstrates a level of respect for them (and their skills) – something they may not have received from us before. This has the impact of changing their opinion of us, and once they have helped us it increases the likelihood of them being willing to help us again. Often they may begin to genuinely start to like us. 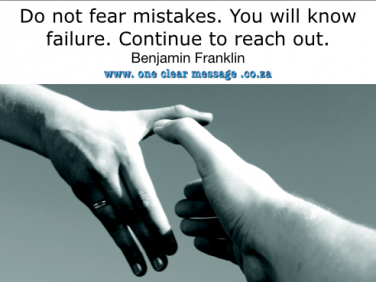 So next time you need to build rapport with someone who doesn’t seem to like you try the Ben Franklin effect to improve your relationship with them.

Moments of Truth lead to a memorable Employee …
5 April 2018